One court, one community

For the past 5 years, this local basketball league has handing out meaningful lessons in teamwork, perseverance, and playful trash talk.

President Han Chiu and head coach Kirron Byrne have elevated the basketball scene in the City of Logan, making it more accessible and inclusive than ever.

“Basketball is about inclusivity, passion for the sport and for each other – it doesn’t matter which team’s playing, people will just come to cheer because everyone’s a baller.”

‘We welcome all races to play basketball; as a multicultural society, we should all mingle and learn from each other,’ Han says.

‘Our goal is to provide a safe place for players and to make it as affordable as possible – we all love basketball and just do it out of passion.’

With multiple divisions, international tournaments, and a direct pathway to professional basketball, the success of BSBL reflects the surging popularity of the sport in Australia. Still, the league hasn’t lost touch with its community roots.

Although the league adheres to formal rules with the help of professional coaches like Kirron, the games are just as spirited as the streetball games played on the legendary asphalt courts of New York.

‘Basketball is about inclusivity, passion for the sport and for each other – it doesn’t matter which team’s playing, people will just come to cheer because everyone’s a baller,’ Kirron says.

‘It’s still competitive but people come because they love the sport – it’s not just a bunch of individual teams, we’re a family with a bigger goal.

‘Our underlying philosophy is to provide opportunities so people can be the best they can be, to go overseas and showcase our talent.’

BSBL has also become the social fabric for many recent immigrants.

‘Absolutely anyone can jump in,’ Kirron says.

‘It’s just so diverse in what it offers in terms of community, health and personal achievement.’

Basketball is growing and BSBL’s evolution shows a promising glimpse of how the sport is inching towards the level of professionalism found in other countries.

‘There’s more demand than ever for the sport, but not enough venues in the area – hopefully we can get there soon,’ Han says. 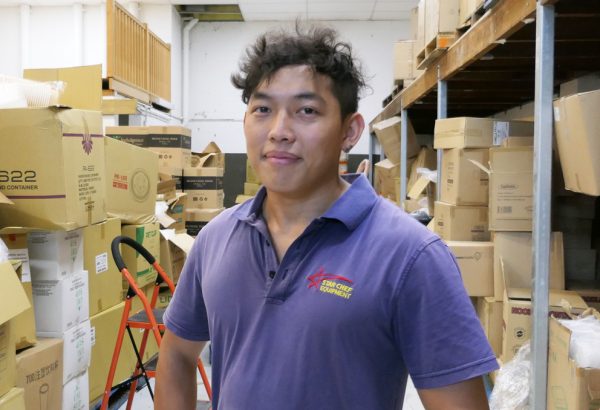